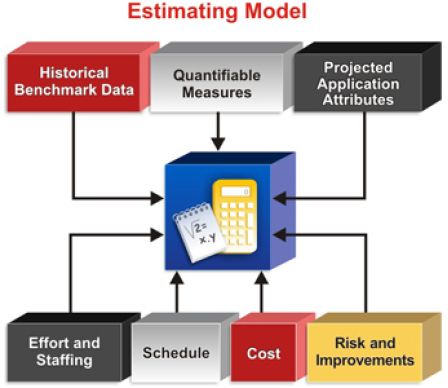 Software development is one of the cornerstones of all the activities that are taking place in the human society as such. The advent and the subsequent rise in the use of computers in almost all the fields has given rise to software development, which has become an intrinsic feature of the modern day human operations. Almost all the operations that were in the earlier days performed by the humans are now performed by the computers. There are specific software to perform specific operations. The businesses and the other organizations have realized the tremendous value addition that a software can bring to them. But there is one fact that needs to be discussed threadbare. This fact is the project estimates of the software development for a specific operation.

The first and the foremost thing to be discussed is who should be the in-charge of taking the decisions as far as the making estimates of the project is concerned. In the opinion of some mandarins it should be the software developer who should be doing the estimates of the project. A developer is the person who is responsible for the development of the software and therefore is well aware of the budget that would be required to successfully complete a project. In the opinion of the others the estimation procedure is a managerial task and therefore should be completely under the control of the manager.

Different people hold different opinions. But the fact is that the estimation of a software development project is a difficult job. While on the one hand the software developer is well aware of the coding part he might not be well aware of the other parameters that go into the deciding of the estimation. The parameters like the allocation of the resources and the amount of time that would be spent on the project. While a software developer is well versed in the art of software development he might not be good enough when it comes to making the estimation of the project. On the other hand a manager might be versatile enough to manage the resources, time and money but is not good enough when it comes to the knowledge of the technical aspect that would have a bearing on the estimates.